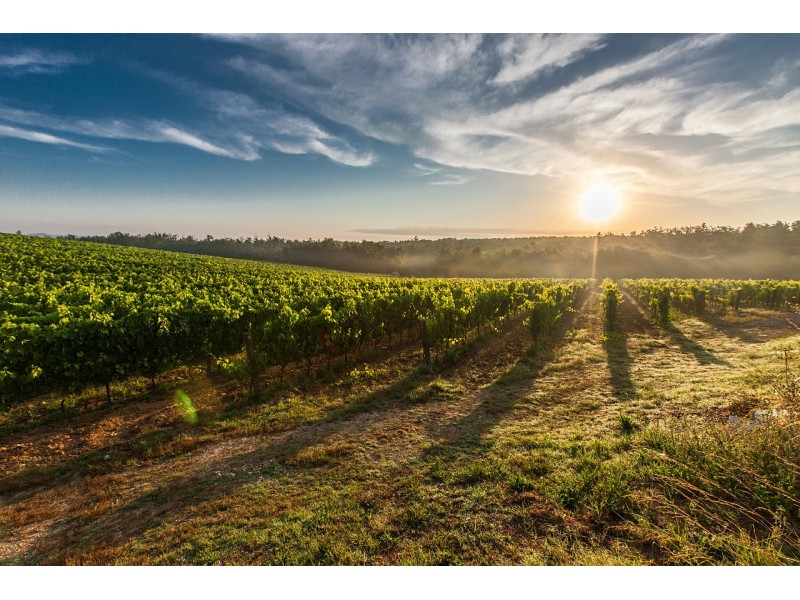 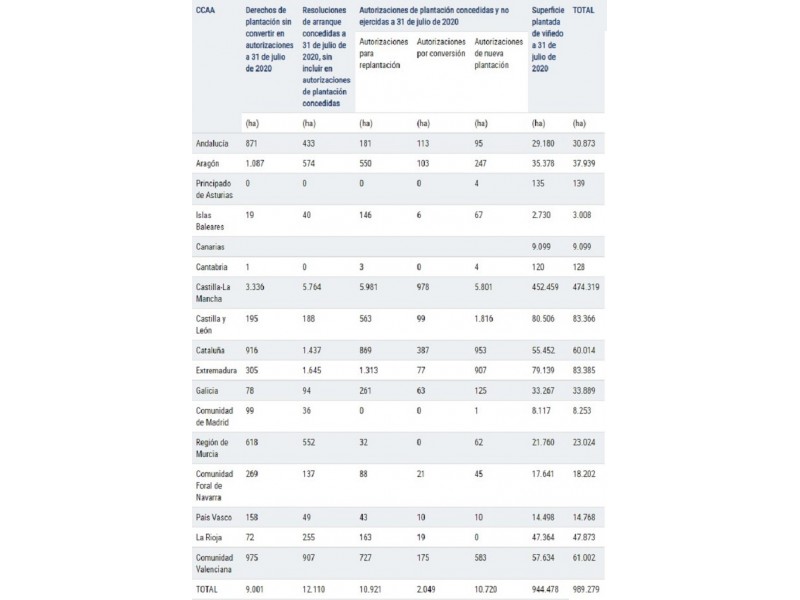 96% OF THE VINEYARD SURFACE AREA IN SPAIN IS IN THE TERRITORY OF A QUALITY DESIGNATION OF ORIGIN.

This is stated in the Report on the application of the system of authorisations for new vineyard plantings 2020 and viticultural potential in Spain on 31 July 2020, which has just been published by the Ministry of Agriculture, Fisheries and Food.

The Ministry of Agriculture, Fisheries and Food (MAPA) has today published a report containing full information on authorisations granted in Spain in 2020 and the potential for wine production on 31 July 2020, 96% of which is located in territories protected by a quality designation.

This publication contains the information received from the Autonomous Communities in compliance with the national regulations on wine-growing potential, which in this case corresponds to the 2019/2020 wine-growing year, which ended on 31 July.

The first part of the document presents complete information on the result of the granting of authorisations for new vineyard plantings, replantings and conversions of old replanting rights in 2020.

Thus, in 2020, authorisations were granted for 4,750 hectares of new plantings, for 17,688 hectares for replanting and for 1,242 hectares as conversion of replanting rights.

The second part contains more complete information on wine production potential as at 31 July 2020: its composition and evolution, distribution of the area planted with vines by production destination and by variety, plantations carried out and distribution of vineyard holdings.

On this date, the potential for wine production totalled 989,279 hectares and the area planted with vines totalled 944,478 hectares, both 0.6% less than at the end of the previous wine-growing year.

The potential for wine production is made up of the area planted with vines, which represents 96%, and of unexercised rights and authorisations. Of this second component, replanting rights in force were reduced to 9,001 hectares and unexercised authorisations amounted to 35,800 hectares.

The report also includes additional information on the characterisation of the sector, among which the following stand out:

- The number of holdings (555,475) continues to decline while the average area per holding is increasing.

- The percentage of wine grape varieties is the same as in the previous year, 52% of which are red and 48% white. The remaining area is a mixture of varieties.

- Airén is the wine grape variety that occupies the largest area in Spain (204,507 ha), but in decline. It is closely followed by Tempranillo (202,253 ha), whose area is increasing. The planted area of these two varieties stands out far above the other varieties.

- The varieties that have been planted most since 2020 have been Tempranillo and Garnacha Tintorera, followed by Verdejo and Syrah. Airén, bobal and garnacha tinta have decreased the most.

Due to its social and economic importance, viticulture has been a regulated activity since ancient times. It is currently governed by the system of authorisations for vineyard planting, which replaced the system of planting rights in 2016.

These restrictions prevent uncontrolled growth that could cause market distortions and damage to the image of protected designations of origin.